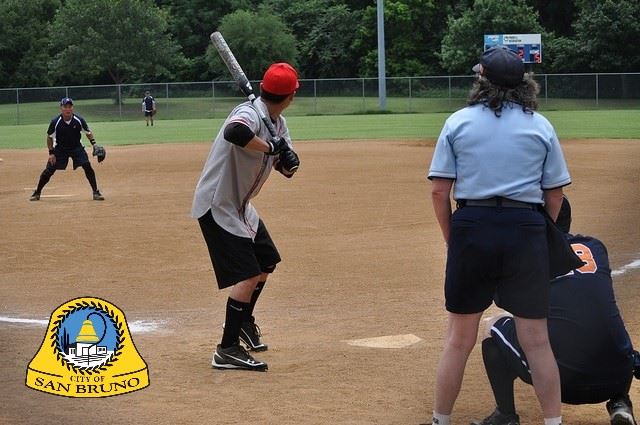 The Recreation Division offers four seasons throughout the year; Winer, Spring, Summer, Fall.  Games are played Monday, Wednesday, and Friday nights and Lions Field at the end of 1st Avenue.

The level of competition in the City of San Bruno Community Services Department Slow Pitch Softball League is currently designed for “C” and lower divisions of play.  Teams that regularly play in “Open, A or B” division leagues are discouraged from playing in this league.

All seasons will be scheduled as double round robin (5 team league) If league has more or less than 5 teams, the schedule will be made to accommodate an 8 game regular season.

Coed
Designed for groups who form teams and want to have fun. Teams are made up of various playing levels.

If you would like additional information or to request a team packet, email the Adult Sports Coordinator at kclyma@sanbruno.ca.gov.  The league currently does not have a free agent system.