On May 26, 2020, the City Council took action and to have MIG, the landscape architect, provide restart services and a revised final bid set, and bid and construction support services for the Florida Avenue Park project. In addition, staff has begun to install irrigation and grass at the future park site, as an interim measure to open the site to the community in 2020. Staff will continue to seek grant funding and work to identify alternative funding, from Park in Lieu fees and development-related community benefit payments, to support the park construction. Proceeding with the proposed contract amendment is an important step to having "shovel ready" plans for the future park, once funding is identified. 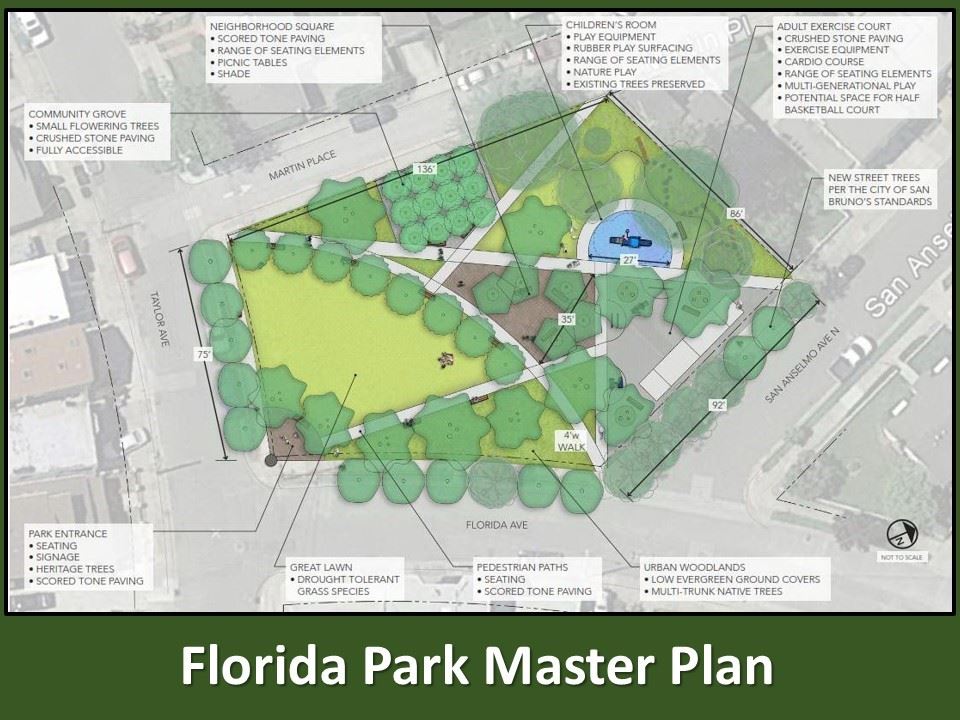 City staff has worked with the landscape architecture firm to identify various revisions to construction documents and work through various concerns that were raised about the design and the site.

At the Parks and Recreation Commission Meeting, City staff brought up significant concerns involving the potential removal of two remaining heritage trees on the site to protect public health and safety and avoid newfound/increased maintenance costs. This decision is linked to the preferred layout of the park.

In March 2019 the City hosted a community meeting at the park to gather feedback regarding the removal of two heritage trees. The City had proposed removing a non-native Norfolk Island Pine because it could drop pine cones weighing one to two pounds from a height of 50-80 feet. The Pine also secretes a sticky substance that would foul the play equipment below. The other tree, a Deodor Cedar, was found by an arborist to be deformed due to prior trimming and topping. As a result of feedback from the community meeting and discussions with a group of residents and their attorney who had appealed the City's proposed decision to remove the two trees, the City will be removing the Pine and replacing it with a beautiful, large native Coast Live Oak and retaining the Cedar. When planted, the Oak will be about 20-25' high and about 18' wide. The park design will include planting 14 additional new trees, as previously proposed by the City. The City will be working with its designer to finalize the plans, and then to obtain construction bids, which are expected by the first quarter of 2020. Construction could start in mid-2020.