At one time, San Bruno Fire Department had three fire stations in the city. Then, the stations housed 2 engines, a snorkel truck, 2 rescue trucks and a battalion chief's buggy. When full time on duty firefighters were called to a scene, a whistle on top of Station 51 would sound to alert volunteers to report to the station to backfill reserve apparatuses. The San Bruno volunteer program ended in 2004. 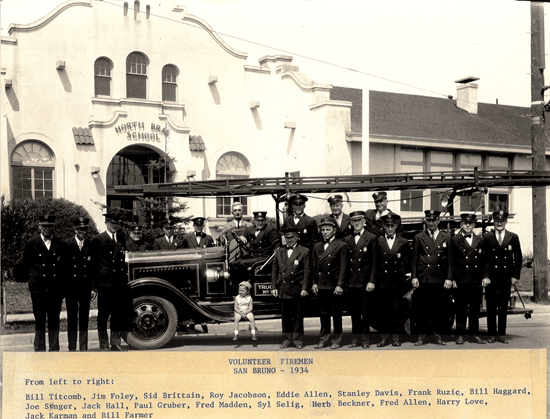